OUTRAGEOUS POINT today between Kvitova and Gavrilova at the Nature Valley Classic in Birmingham! ???

? The defending champion Kvitova was too good on the day as she powered to a 62 62 victory ?#tennis #tenis #petrakvitova

Defending champion @Petra_Kvitova books her place in the #NatureValleyClassic quarterfinals!

Gets the win over Gavrilova 6-2, 6-2! pic.twitter.com/lzXAOkMioZ

What a win for Julia Goerges….beats Nottingham champion Ashleigh Barty 7-6 6-3. Through to face Petra Kvitova in the quarters. “I’m very happy that I’m playing the tough players on grass right away.” #wta 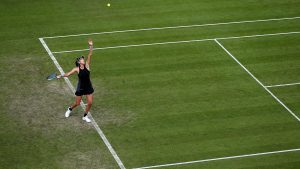 No1 seed Garbine Muguruza up against it after losing the first set 2-6 to Barbora Strycova at the Nature ValleyClassic #tennis #LTA pic.twitter.com/mbR06fZHxc

Barbora #Strycova has beaten the No.1 seed Garbine #Muguruza in straight sets 6-2, 6-4 at the #NatureValleyClassic! ?? pic.twitter.com/atcFQMiz9f

What a come back from @LTsurenko on centre court! 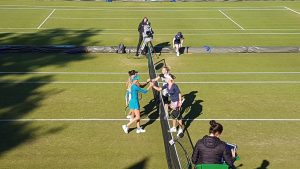 Katie Boulter and Heather Watson are beaten by Barbora Krejcikova and Katerina Siniakova 6-2 6-0 in Birmingham. pic.twitter.com/iEaRgXKSII

Join allsportspk to see the highlights of the 7th day of Birmingham Classic 2018.