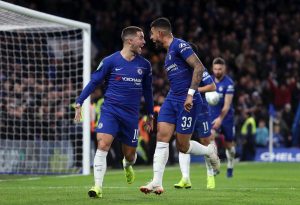 It took us a while but we got there ⚽! Well deserved place in the @Carabao_Cup semi-finals!!! Let’s go #Blues #CHEBOU @ChelseaFC pic.twitter.com/oaBTeJhj3q

The draw coming up shortly, featuring @piersmorgan and @petercrouch ?

Eden Hazard has now been directly involved in 19 goals in his last 20 appearances for Chelsea in all competitions.

HAZARD TO THE RESCUE!

Into the League Cup semis! ? pic.twitter.com/X6QbEzVR0R 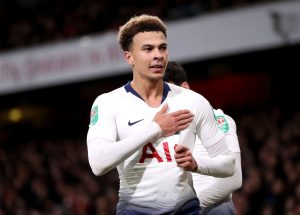 I’m 14 minutes away from having to do the live @Carabao_Cup semi-final draw on @SkySports in a bloody Spurs shirt.
Do something, @Arsenal – for f**k’s sake.

1 – Paulo Gazzaniga is the first Spurs goalkeeper to keep a clean sheet away at Arsenal in any competition since November 1998, when Espen Baardsen did so at Highbury. Unlikely. pic.twitter.com/mGmWECvbq4

#thfc attacker Dele on being hit by a bottle from an @Arsenal fan: “It made my goal a little bit sweeter!”