These are the last eight matches of Champions League, Group stage Match Day 3 of 6. The highlights are appended below:

Match 9 of 16: PSV Eindhoven vs Tottenham 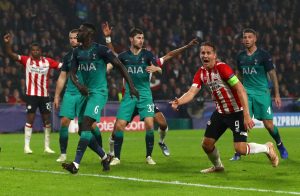 Remember when Tottenham were bragging about being the ONLY London club in the Champions League?

Looks like they’re about to struggle even making it to the “shitty” Europa League now!

There’s a different level of happiness when Tottenham drop points. It’s hard to explain. Only an Arsenal fan would understand.

Tottenham blow the chance of three points in Champions League Group B as they concede a late equaliser, after seeing Hugo Lloris sent off. pic.twitter.com/s79AidIUEp

Tonight highlights the fact Tottenham Hotspur should’ve signed proven quality players with the winning mentality and game-craft to see out matches like this one to the very end.

PSV are a poor Champions league team, if we can’t beat them we don’t deserve to qualify.#THFC #COYS

What a horrendous offside call there against @SpursOfficial. Kane not making an attempt to play ball and not involved. VAR can’t get here soon enough in UCL, embarrassing 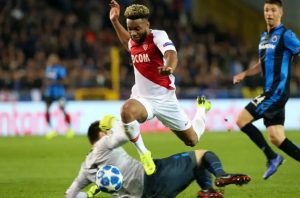 An injury-hit Monaco failed to give Thierry Henry his first win as a head coach with a 1-1 Champions League draw at Club Brugge on Wednesday. #ChampionsLeaguehttps://t.co/IezBNsRrqb pic.twitter.com/0Q6KLhazAw

Monaco and Club Brugge drawing 1 all makes everything better. Means Dortmund on 9, Atleti on 6 and only other two teams trying to qualify both haven’t won. A draw in any remaining game will most likely be enough for Dortmund to qualify.

Marvelous Nakamba Played Full Game @ClubBrugge As They Earn Their First Point In The #UCL Group Stages After A 1-1 Draw At Home To @AS_Monaco On Wednesday. It Is Nakamba’s 2nd @ChampionsLeague Cap 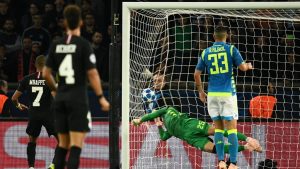 You see the draw in Paris between PSG and Napoli, just threw the group into further complications and the math gonna go crazy after the next round of fixtures. Despite the complications, we are in pole position to qualifier. No doubting about that.

A draw at the Parc des Princes is a very favorable result for #LFC makes it even harder for #PSG at Napoli. Tuchel was a questionable choice and he’s done nothing to convince me so far #UCL #PSGNapoli

Match 12 of 16: Dortmund vs Atletico Madrid 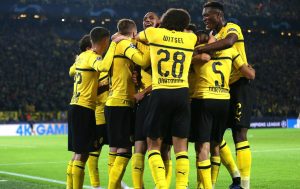 12 matches without defeat to start the season for Borussia Dortmund.

This 4-0 is one of the most important wins for Dortmund in a while. It will propel the players to a new level of confidence, of invincibility. Atletico Madrid are one of the best defensive teams in Europe, if not the best. And to score 4 goals like that? FavreBall.

Football: Amazing Players Who Might Be Accessible For A Transfer Next...