Home Outside Cricket World Cricket Rankings – 10th July 2018
Facebook
Twitter
Pinterest
WhatsApp
World Cricket Rankings – Men: 10th July 2018
These Cricket rankings are issued by: International Cricket Council
As per Allsportspk readers request as and when any of the ranking is announced it is being published. Currently, from Men’s cricket rankings only Test players and T20 players & Team rankings have been updated. From Women’s cricket all rankings have been updated. 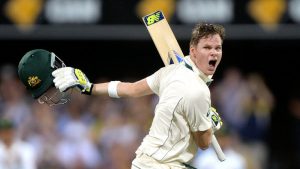 Steve Smith remains at the top of the Men’s Test batting cricket rankings followed by Virat Kohli and Joe Root who are placed at 2nd and 3rd respectively.

While, West Indian Kraigg Brathwaite’s consistency has allowed him to break into the top 20 and is now placed at the 17th position. Shakib Al Hasan also experienced an upgradewhile players like Lokesh Rahul, Usman Khawaja and Shaun Marsh have dipped down in the Test batting cricket rankings.

Kagiso Rabada remains at the top of the Test bowler’s cricket rankings followed by James Anderson and Ravindra Jadeja who are placed at 2nd and 3rd respectively.

Shannon Gabriel latest surge of wickets against Sri Lanka and Bangladesh have put him at the 11th position as he replaced Sri Lanka’s spinner Rangana Herath. Kemar Roach destroyed Bangladesh in the 1st test and broke into the Top 20 ranks. Shakib Al Hasan also experienced an upgrade in his ranks and is now placed at the 22nd position.

For Men’s T20 rankings move on to the next page!