Shapovalov loses against Mischa Zverev 6-3, 6-3 in Eastbourne’s QF.
He’s not in a good form right now, we’ll have to wait till he comes back…#shapo #shapovalov #eastbourne pic.twitter.com/DTPviUEt77

Rather frustrating lead up to #Wimbledon for Canadian Denis Shapovalov. He finishes 1-3, lost to Mischa Zverev today 6-3, 6-3 in #Eastbourne #ATP

Shapo 1-2 on grass heading to Wimbledon. 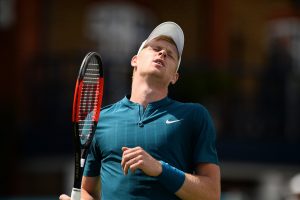 Mikhail #Kukushkin comes from a set down to upset home hope #Edmund 5-7 6-3 6-1 and take his place in the Eastbourne semi-finals! pic.twitter.com/fw0SwIVcdJ

Congrats Mikhail Kukushkin @NatureValleyUK Eastboune. Good battle @kyle8edmund who came up slightly short today.Sure he will do well at Wimbledon. We will keep up the fight to save Devonshire Park LTC from Eastbourne Borough Council who are trying to kill it. #sagedevparktennis pic.twitter.com/D2j47dJf1B

Not to be for Kyle #Edmund at the #NatureValleyInternational as he falls to Kukushkin 5-7, 6-3, 6-1! 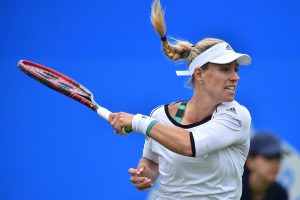 WOW. WHAT. A. BATTLE. Congrats @AngeliqueKerber to SF of #NatureValleyInternational in Eastbourne 2018 and a big BRAVO to @DKasatkina . I would love to see this battle again at #Wimbledon Ladies finals 2018

The match was to be played between Aryna Sabalenka and Hsieh Su-wei and Andreja Klepac and Maria Jose Martinez Sanchez. The match was stopped after some time due to Andreja Kleapac was injured. Finally Maria Jose Martinez Sanchez and Andreja Klepac had to retire from the Eastbourne Tennis Intl 2018. Aryna Sabalenka and Hsieh Su-wei will now play against Gabriel Dabrowski and Xu Yifan.

Just wanted to say to @k_skupski @nealskupski @Bambo290 and @Jonny_OMara that you have done GB tennis proud this week. Fantastic to have an all GB final in an ATP event on British soil. Good luck to you all and enjoy the occasion.