Jonny Bairstow’s fast innings of 72 not out helped  England to register 85-run win over Ireland in the second one-day international at Lord’s on Sunday.

Victory saw England take the two-match series 2-0 after they had launched their build-up to next month’s Champions Trophy tournament on home soil with a comfortable seven-wicket win at Bristol on Friday. 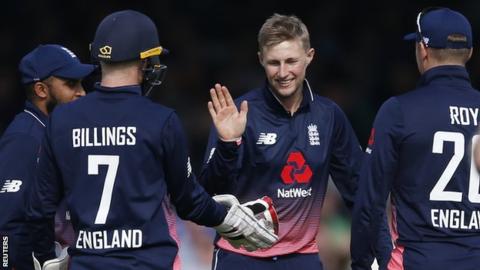 Ireland, in their first ODI at Lord’s, fought hard with the ball in front of a 22,000-strong crowd.

But unfortunately they suffered a batting collapse after a promising start and were dismissed for 243 chasing 329 to win.

Ireland captain William Porterfield did, however, make 82, the top score of the match, as his side, who could be granted Test status next month, restored some pride after being bowled out for just 126 in 33 overs at Bristol.

England risked squandering a strong position when their Dublin-born captain Eoin Morgan (76) and Joe Root (73) fell in quick succession following a third-wicket stand of 140 to leave the hosts 213 for four.

But Bairstow and Adil Rashid shared a sixth-wicket stand of 88 in just 46 balls that helped take England to 328 for six.