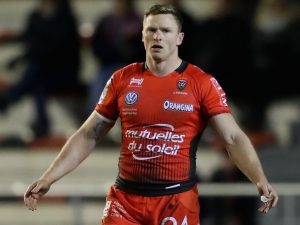 Sale beat Connacht in the European Rugby Challenge Cup, as Chris Ashton got a hattrick on his debut.

The England winger, who missed the initial 7 weeks of the season in the wake of being prohibited for a tip tackle in pre-season, dashed in toward the finish of the principal half.

Enjoyable first-half here at the AJ Bell, level at 13-13. Chris Ashton looking as clinical as ever with a great finish for the Sale try. Connacht playing well though. #SALvCON #ChallengeCupRugby pic.twitter.com/9YQ1AEhYZT

His attempt offset Shane Delahunt’s score five minutes sooner as the groups went in level at 13-13 at half-time.

Josh Beaumont expanded the lead before Ashton went over twice more to seal the reward point.

Sale had a troublesome begin as Faf de Klerk was sin-binned in the opening minutes for a knock-on, however the Sharks were just 3-0 down after Conor Fitzgerald’s penalty.

TRY! What a brilliant try from the Sharks. A slick move in midfield and the ball eventually finds its way to Chris Ashton who beats the final defender to score in the corner, de Clerk converts and we are all-square, 13-13. #Sharks #SALvCON #ChallengeCupRugby

Fitzgerald kicked a 2nd penalty pursued by two from De Klerk before Delahunt went over in the corner after some great forward play before Ashton’s opener.

Rugby – Chris Robshaw Ruled Out Due To Knee Injury

Be that as it may, Sale ruled the second time frame as Beaumont and Ashton both crossed in a three-minute duration, before the winger – who was named in Eddie Jones’ England squad – anchored a reward point with 15 minutes left as Sale exploited Paul Boyle’s yellow card for handling a player without the ball.

At Sale v Connacht where Chris Ashton has marked his debut with a well-taken try.

He took a pass just inside Connacht’s half and showed impressive pace and strength to sprint clear down the right flank, fending off Tiernan O’Halloran en route.