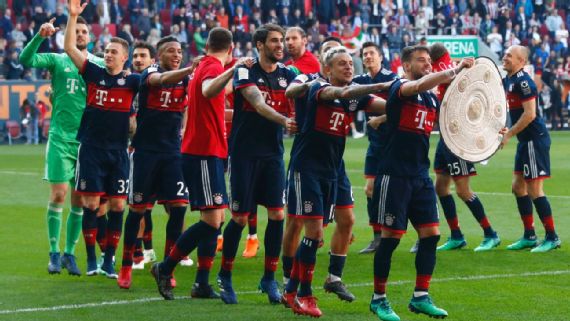 Bayern Munich that is normally known as FC Bayern in football circles won its sixth Bundesliga title after they successfully beat Augsburg by 4-1.

This victory was a clear domination of Bayern Munich over the other teams as this was their sixth consecutive title in a row.  FC Bayern stood at 72 points from 29 games and won the title comfortably as they were 20 points clear of Schalke who were second in the table.

What’s interesting is that FC Bayern clinched this title with 5 games still remaining for them to play. This is an outstanding achievement for the team and especially for their coach Jupp Heynckes who is 72 years old and had come out of retirement to replace Munich’s existing coach in October.

This was also Jupp’s fourth Bundesliga title as FC Bayern’s coach; An excellent effort. Currently, the Bundesliga standings are as follows: