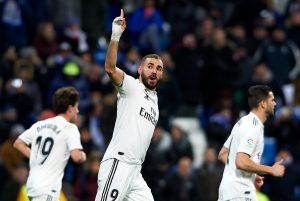 MARCA: Continues to grow
• Real Madrid & Vinicius arrive at the Camp Nou in their best moment of the season
• 5 wins in a row
• BBV start
• Benzema’s streak continues pic.twitter.com/5Hd4O3A0Mq

4 – @vini11Oficial has been involved in four goals in his last four games at Santiago Bernabéu in all competitions for Real Madrid (two goals & two assists). Hope pic.twitter.com/Je12WovMP2

? Vinícius Júnior: “I play for Real Madrid, the best club in the world, I’m not afraid of anything. I feel important, although all the players here are important. We’re in our the best moment of the season.” pic.twitter.com/jNbfuZtFyk