These are the next 2 matches of the Premier League, Match Day 25 of 38. The match highlights and the top 10 teams points table is included. 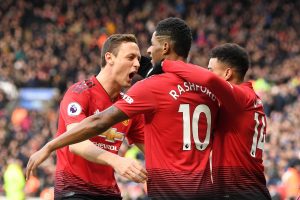 Paul Pogba has been involved in 53% of the 19 goals scored by @ManUtd in the #PL under Ole Gunnar Solskjaer (6 goals, 4 assists)#LEIMUN pic.twitter.com/fGeTc9zD9F

Since Ole Gunnar Solskjaer’s first game in charge of @ManUtd, Paul Pogba has had a hand in more #PL goals than any other player (11)#LEIMUN pic.twitter.com/p6LXuAnkQB

After his 100th appearance in the competition, no United player has more Premier League goals than Marcus Rashford since his debut #mufchttps://t.co/3iEGouJC5K

Rival fans thinking of ways to downplay this pic.twitter.com/elXeBdu6Sb

Match 9 of 10: Manchester City vs Bournemouth 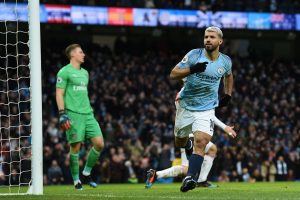 10 – Sergio Aguero’s hat-trick is his tenth in the Premier League for Manchester City; only Alan Shearer (11) has more in the competition’s history. Magic. #MCIARS pic.twitter.com/Avmh184Z6J

Arsenal did not attempt a single shot in the second half at Manchester City.

It’s the first time they’ve failed to do so in a half of Premier League football since May 2015. pic.twitter.com/4UvmHltiIx

385 – Manchester City have conceded inside the opening 15 minutes of a Premier League match for the first time since Alex Oxlade-Chamberlain scored against them after nine minutes for Liverpool in January 2018, 385 days ago. Shaken. #MCIARS pic.twitter.com/eJLO88TxuA

3 – Since August 20th, Manchester City have only won three more points in the Premier League (50) than Arsenal (47) and have lost more league games (4) than the Gunners (3) in that time. Contest. #MCIARS pic.twitter.com/32rN2E7oNy

Big home win and great work from everyone this afternoon ?? ➕ 3 #ManchesterCity 3-1 #Arsenal ? pic.twitter.com/So9eOZauLf