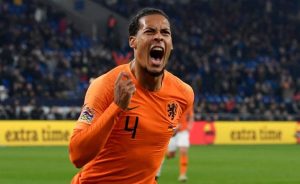 What. A. Comeback. Netherlands take the top spot in Group 1 from France and are headed to the UEFA Nations League Semifinals! ? pic.twitter.com/UKfO5Ygy4n

Did the comeback from the Netherlands was the result of putting off Werner, Gnabry and Sane? They keep Germany in the front foot with their pace and energy. Somehow, after they were substituted I didn’t see that energy upfront to support the tired defensive legs. #FCExtraTime https://t.co/BNGnNcPpO9

Imagine being in the same group with this Germany & Netherlands and still don’t qualify. Yep, that’s Didier Deschamps’ France for you.#UEFANationsLeague

If Jurgen Klopp and Henderson watch this Germany vs Netherlands game,maybe they could settle the captaincy for the good of the team. Give it to @VirgilvDijk ! #LFC