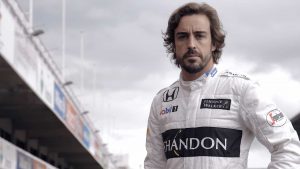 At the point when the drivers line up on the network for the 2019 season-opening Grand Prix in Australia, there will be a remarkable truant. After 17 seasons in Formula 1, two of which yielded world titles, Fernando Alonso would not be in the F1 enclosure as a racer one year from now.

Be that as it may, Zak Brown says the much-loved Spaniard remains immovably part of the McLaren family, and it is a plausibility he may even test one year from now’s vehicle.

Alonso declared in August that he would step far from F1 after the 2018 Abu Dhabi season finale, a race in which he barely passed up a paramount points complete, with the twofold F1 title holder presently turning his concentration to finishing the legendary Triple Crown.

In fact, he will go on the chase for the last gem in his triple crown, specifically winning the Indianapolis 500 (having officially won the Monaco Grand Prix – twice – and the Le Mans 24 Hours) with McLaren one year from now, after the group affirmed they will by and by enter the well known race in 2019.

Moreover, close by that offer, Brown, CEO of McLaren Racing, has uncovered that Alonso will play an in the background job helping 2018 drivers Lando Norris and Carlos Sainz next season.

Insisting that Fernando Alonso remains a key member of the McLaren family, Zak Brown admits that the Spaniard could test the MCL34 https://t.co/zuSHQ2x0HH pic.twitter.com/nXQvXL8HPP