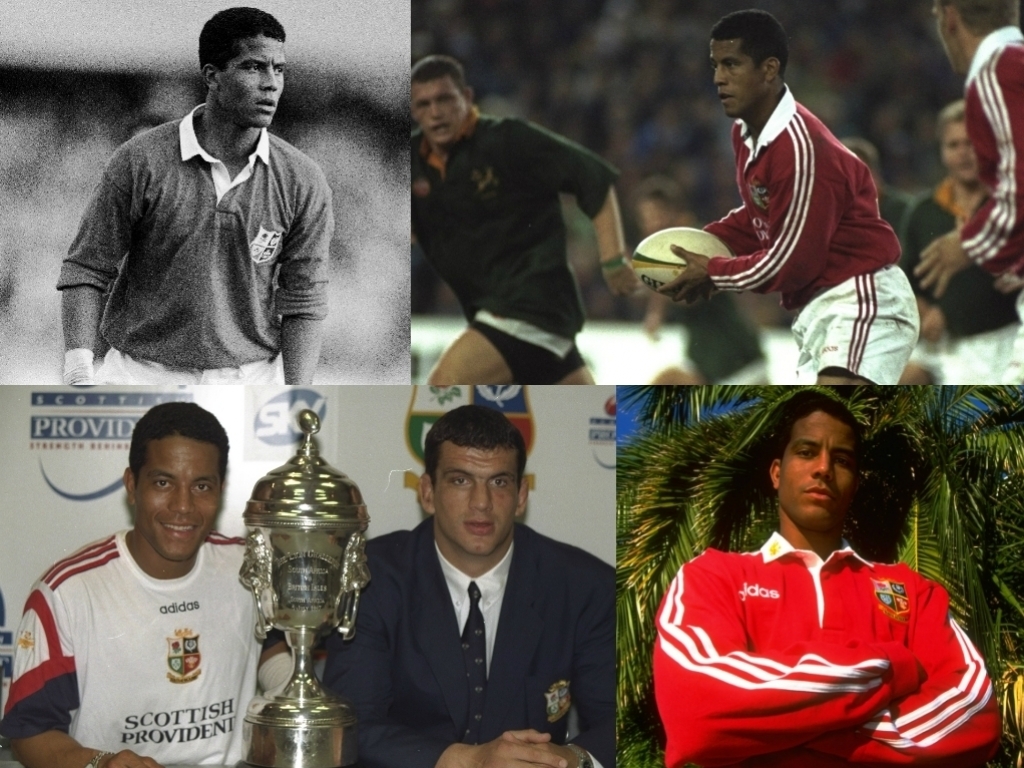 In a series building up to the 2017 tour to New Zealand, we remember some of the greatest players to ever wear the Lions jersey.

Next up is one of the Lions heroes from their most recent series win in South Africa, whose starring moment came on his final Lions tour in 1997 with one of the most famous drop goals the red jersey has ever seen. This week, we focus on Jeremy Guscott.

A mainstay for Bath and England, with Guscott starting 62 of his 65 Tests for his country, on three occasions Guscott made the cut for the greatest honour of them all.

He is regarded as the finest English centre of all time for a reason. Guscott didn’t run past his opponents. He glided with an ease that made him the envy of his opponents and admired by so many followers of the sport throughout the late 1980s and during the 1990s.

Bath born and raised, Guscott made history on his England debut in 1989 against Romania when he became the first English player to score a hat-trick on debut for 82 years.

Later that year when the Lions squad was selected for the 1989 tour to Australia, Guscott was picked at 23, with only one Test cap to his name.

Guscott came into the side in the second Test and his try sparked the true beginning of his great career. Spotting a gap in the Australian defence, Guscott grubbered through before using his speed to win the race to the ball to score. After having lost the first Test 12-30, the Lions came back to win 19-12, setting up a decider in Sydney.

He started again in the third Test as the Lions went on to win by the slimmest of margins, 19-18, the first time the Lions had ever come from behind to win a Test series.

Four years later, having been a core part of the England side that made the 1991 Rugby World Cup final, Guscott was selected again to head to New Zealand with the 1993 Lions.

There was to be no repeat of the triumph in Australia four years previously, with Guscott starting in all three Tests as the Lions levelled the series up again at 1-1 having gone down in the first Test. Guscott played his part in setting Rory Underwood’s sole try for the Lions, for a famous 20-7 win in Wellington.

The Lions however fell away in the third Test back in Auckland, going down 30-13, in what turned out to be the only series as a player in which Guscott tasted defeat.

Making a third Lions tour was far from guaranteed. Guscott had been battling unsuccessfully for his England place after the success of the combination of Phil de Glanville and Will Carling for England.

Guscott made two appearances in the 1997 Six Nations, both off the bench, but did enough to convince the returning Lions head coach Sir Ian McGeechan, working with Jim Telfer, that he should tour.

He did slightly more in the end than just tour. Guscott was straight into the Test XV in 1997, wearing 13 and partnering Welshman Scott Gibbs.

After the Lions sprung a surprise by winning the first Test in Cape Town 25-16, the chance to win the series in Durban lay straight ahead for McGeechan’s Lions, aiming for a second tour win in eight years.

A tight, nervous game with the boot of Neil Jenkins keeping the Lions in the hunt – the Springboks scored three tries, one by the late, great Joost van der Westhuizen – was settled in spectacular fashion.

Remembering the moment, Guscott told Total Rugby: “The Lions have provided most of my best moments in rugby, but that 1997 tour will always have pride of place.

“Nothing I could ever do will match the achievement of that tour, even if you rolled up all the Grand Slams, cup finals and league titles into one.

“The sense of elation I felt when I eventually looked up and saw the drop soar between the posts will stay with me forever.”

It has certainly stayed with him and the many millions who watched Guscott’s moment of magic seal the series in remarkable fashion.

The ‘Prince of Centres’ as he was billed by Sir Clive Woodward, who scored 31 Test tries in his 73 Tests, wrote his name into history thanks to the swing of his boot. It was a truly iconic Lions moment, from an iconic player.