A total of 1 match was held today in the ongoing Hockey Champions Trophy ’18,  between – Australia Vs India. The match wise brief is appended below. 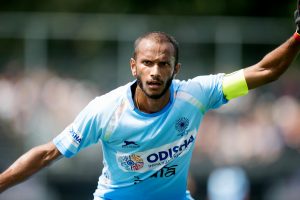 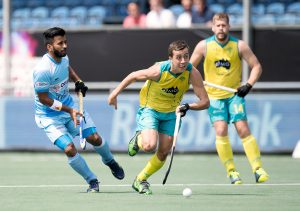 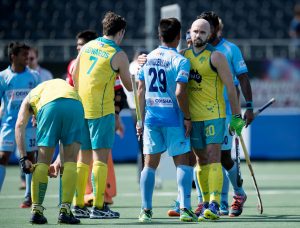 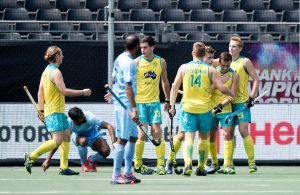 FT| The Indian Men’s Team play out an entertaining encounter against the @Kookaburras for their third game of the Rabobank Men’s Hockey Champions Trophy 2018 on 27th June, as India slip to their first defeat of the tournament by a slim margin.#IndiaKaGame #INDvAUS #HCT2018 pic.twitter.com/XSKF7l8ozH

Best in the world!! What a performance!! Something to enjoy !! Nothing better than this isn’t Aussie pride forever

Wow what a game!!! @Kookaburras come out with a win & we chatted to Jeremy Edwards straight after! @Rabobank #HCT2018 pic.twitter.com/mXqG86f7eo

Well played India. Coming back from zero to 2 is great work. Miss 1 goal. But over all well played.

Pressure of playing against #Australia was visible on team @TheHockeyIndia in match today @FIH_Hockey #HCT2018. Positioning,passing,receiving,movement with/without ball and 1 to 1 defending could have been better.Can’t afford to give away so many turnovers.Gud luck #IndiaKaGame

Well played Team India.Great game of Hockey to watch.Proud of our Team performance.#ChampionsTrophy #india vs australia