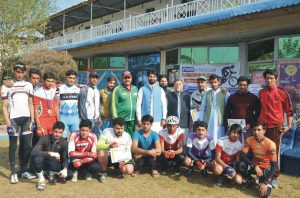 There was a 14 kilometer track setup for the race on Northern Bypass from Ring Road to Charsadda Road for the Individual Time Trials Race wherein 50 cyclists from 16 different clubs affiliated with KP Cycling Association took part.

Ali Ahmad of Swat paddled past all the cyclists with his time 20.03sec and got first position, followed by Akhtar Khan of Noorabad Club Peshawar with his clock showing 20.08sec and Ijaz Khan of Afghan Club with his time 20.15sec took third position respectively. 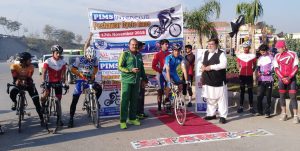 Talking to APP, Syed Azhar Ali Shah lauded PIMS Education System for extending support alongside Directorate of Sports KP. He said out of the Championship they have short-listed 12 cyclists out of the Club Championship to represent KP in the forthcoming 64th edition of the National Men and Women Track Cycling Championship to be held with the collaboration of SSGC sports Board at cycling velodram Lahore from December 15-18, 2018. 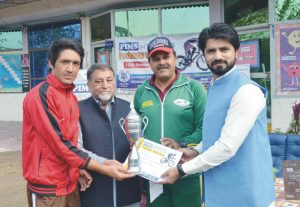 The teams, he said, would contest in Junior and Senior categories. Moreover, he informed that organizing committee had been formed with Moazzam Khan Klair, President Punjab Cycling Association, would act as Chairman and Ishtiq Mobeen of SSGC would be organizing secretary of the Championship.

He informed that event schedule was 9th senior (M/W) and three junior cycling events will be held in cycling Championship at Qaddafi Stadium Cycling Velodrome,