Table Tennis: Pakistan’s Rahila Kashif qualified for the quarter-finals of the women’s singles table tennis competitions of the Fourth Islamic Games in Baku, Azerbaijan, on Wednesday. 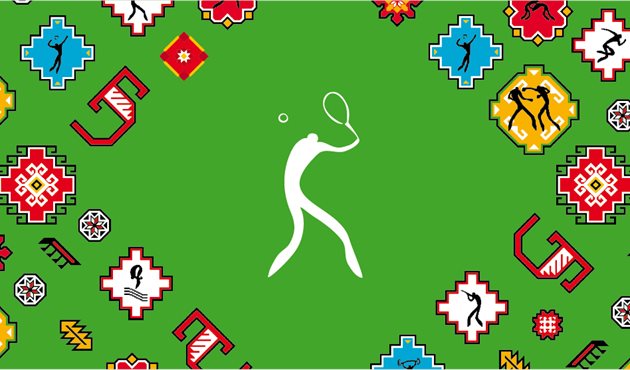 Weightlifting: Pakistan’s last hope Nooh Dastageer Butt also fell in the +105kg competitions when he finished at the last sixth position in the finals. He lifted a total weight of 371, 161 in snatch and 210 in clean and jerk.

A weightlifter from Uzbekistan got gold while Iranians claimed silver and bronze medals.

On Tuesday night Usman Amjad Rathore ended eighth out of 13 contestants in the 94kg competitions by lifting 345kg weight, 155 in snatch and 190 in clean and jerk.

Abu Sufyan and Talha Talib had already been eliminated. Pakistan had fielded four weightlifters in the slots.

In the quarter-final, Azhar had beaten Mohammad Yahya Al Sabri Gamal of Yemen 9-0.

In the 98kg quarter-final, Tayyab Raza of Pakistan was beaten by Orkhan Nuriyev of Azerbaijan 6-0.

Having lost to hosts Azerbaijan and Turkey, Pakistan had already been out of the race for medals.

The Green-shirts will face Turkmenistan in their last match on Friday (tomorrow).

Athletics: In 400m heat, Asad Iqbal of Pakistan ended sixth out of eight contestants and failed to qualify for the next stage. His timing was 49.08.

In the 200m semi-final, Sahib-e-Asra finished at the last eighth spot with 25.98 timing.

In the other semi-final of the same event, Najma Parveen ended at the last eighth position by clocking 25.67.

In women’s hammer throw final, Razia Sultana did not start and so was not ranked.

Pakistan’s men sprinters Mohammad Shahbaz (10.93) and Abid Ali (10.99) failed to qualify for the 100m final when they ended at the eighth position in their respective semi-finals.

In men’s 200m semi-final, Olympian Liaquat Ali finished fifth out of six athletes with a timing of 21.73 and so failed to move into the final.

In the other semi-final, Mohammad Shahbaz finished fifth out of seven athletes with a timing of 21.76 that prevented him from moving into the final.

In 400m heat, Asad Iqbal finished sixth out of eight athletes with a timing of 49.08 and failed to qualify.

Pakistan have so far got two silver and three bronze medals in the Games which will end on May 22.