This is the last match of of Serie A, Match Day 9 of 38. The highlights are appended below the points table. 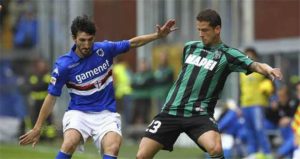 As @sampdoria_en prepare to face Sassuolo tonight, have a read of my analysis of the super-defense Marco Giampaolo has created (yet again). Third best defensive record in Europe’s top five leagues.