This is the next match of Premier League, Match Day 9 of 38. The highlights are appended below the points table.

Match 10 of 10: Arsenal vs Leicester City 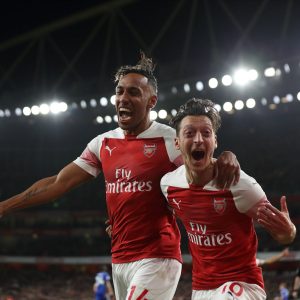 Another important victory!?? The whole team has shown a great winning mentality! Many thanks to our fans for their great support! ??#COYG #YaGunnersYa #WeAreTheArsenal @Arsenal pic.twitter.com/legVble23U

Ozil is a joy to watch in that mood. If he could consistently do that in the big games coming up he’d be a game changer for Arsenal.

Football Transfers: Does Luis Suarez Have Future In Barcelona?