Italian Serie A ’18-19 – Highlights: Mauro Icardi Bags Yet Another Brace

This is the last match of of Serie A, Match Day 10 of 38. The highlights are appended below the points table. 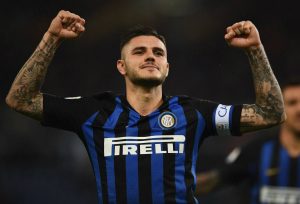 Inter Milan extend their winning streak in the league to six matches after a dominant performance in Rome. pic.twitter.com/BVgmYpLfHl

@inter just buried Lazio in Rome to go 2nd place in Serie A. Another reason why CL games against clubs like Barca are so important win or lose

A really bad day for us, @inter proved to be too strong. Well that game is done and dusted, now focus shifts to the game against #SPAL which is a must win for us to get back on track. #ForeverLazio #LazioInter #SerieA #AvantiLazio

Lazio v Inter Milan in #SerieA kicks off at 7:30pm. Lazio have won 8 of their last 10 matches and have not been involved in a drawn match all season. Ciro Immobile – 5 goals in his last 4 starts for Lazio. Lazio will go 3rd if they win. Inter are currently in 3rd #LazioInter