This is the last match of Premier League, Match Day 10 of 38. The highlights are appended below the points table.

Match 10 of 10: Tottenham vs Manchester City 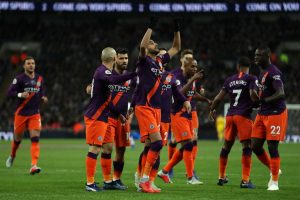 “The boss (Vichai Srivaddhanaprabha) was very special to me. I spent four and a half years there.

“I have many memories of him. He was such a good person; a good human.

“When I scored, I put my hands up to the sky for him. He did a lot for me and for Leicester.”@Mahrez22 pic.twitter.com/PgQaHa4pw8

3 – For the first time in Premier League history, there are as many as three teams still unbeaten after 10 matches (Manchester City, Liverpool and Chelsea). Strength. pic.twitter.com/bBPr3nrNkJ

Only 1 shot on target against Manchester City in their last 191 minutes of PL football. Only 4 in last 4 games. Only 17 all season.

Manchester City are the first team to concede 3 or fewer goals in the opening 10 games of a Premier League season since Chelsea in 2010/11.

Job done, not at our best but that’s what makes champions ? @Laporte @fernandinho magnificent ? best of the night though has to be all the immense @ManCity fans who have travelled down after all the disruption ?