This are the first three matches of Serie A, Match Day 7 of 38. The highlights are appended below the points table. 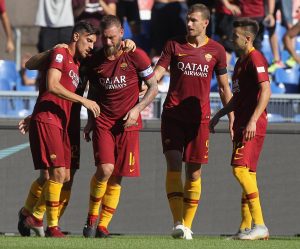 Roma only score back heels. Pellegrini gives Roma the lead in the derby pic.twitter.com/7y877d7mEy

Roma Admin arriving at work after a win like…
pic.twitter.com/KtYizNcGCP

April 11, 2009 – Kolarov scores for Lazio in the derby against Roma

September 29, 2018 – Kolarov scores for Roma in the derby against Lazio

2 – Only Arne Selmonsonn and Aleksandar Kolarov have scored with both Roma and Lazio in the Roma Serie A Derby. Ex. #ROMLAZ 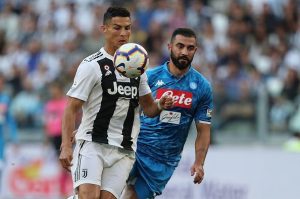 8 – This is only the second time Juventus have won the first eight seasonal games, the first one was back in 1930/31. Legend. #JuveNapoli

7⃣ wins out of 7⃣ for Juventus after defeating Napoli – will they add to their 7⃣ straight Serie A titles? pic.twitter.com/eU4tffKsdJ

Juventus in Serie A this season:

Juve have won their first 7 matches of a Serie A season for the fifth time in their history. ?? pic.twitter.com/lWg7D32h16

Most consecutive wins at the start of the season in all competitions
[Juventus history]: 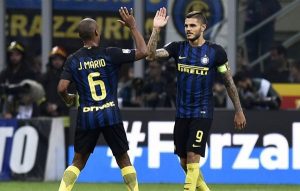 Important 3 points today. Puts #inter just 2 points behind Napoli. Win in Holland on Wednesday and Inter will be building momentum for a big October. #intermilan #FCIM

⏳It’s time for the last @SerieA match of the night as @Inter host @CagliariCalcio !

?Here are your starting 1⃣1⃣for both teams