These are the next six matches of of Serie A, Match Day 10 of 38. The highlights are appended below the points table. 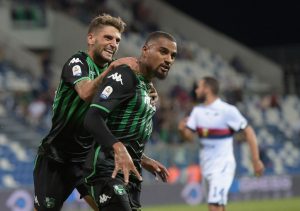 Sassuolo’s Marlon scored what could be the goal of the weekend in the 1st half and a late penalty added by Kevin-Prince Boateng earned Sassuolo a 2-2 draw against Bologna…. https://t.co/MYlJrRanYW

Finishes 2-2 at the Mapei. Bologna twice ahead but still failed to get their 1st away win in 2018, they did extend their unbeaten league run over Sassuolo to 6 games. A 1st ever 2-2 draw & also the highest scoring game in this fixture #SassuoloBologna #Sassuolo #Bologna #SerieA 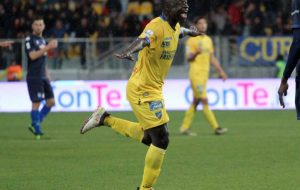 #SPAL shocked by #Frosinone: #Frosinone caused a massive upset with this 3-0 victory away to #SPAL, who were fresh from beating Roma and got an ugly wake-up call. https://t.co/PV3IZlxoth

The former Juventus starlets-completed the full duration of the game .

It took the Serie A new boys (10 games ) 900 minutes to to register their first win of the campaign. pic.twitter.com/VMBRMt6i4S 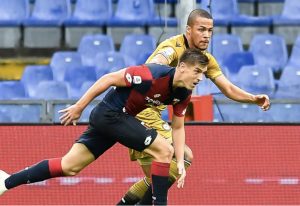 Watching the highlights of Genoa and Udinese. Some disgracefully good goals and some disgraceful defending. All in all a brilliant 2-2 draw. The Grifone held out with ten men #GenoaUdinese

Juric now will take on struggling Udinese in his first home game in his third spell back in charge of the Grifone. The Zebrette have hit yet another rough patch and there is major concern for them, as last season, they lost 11 in a row and plummeted down the table. #GenoaUdinese

⚽️⚽️ RODRIGOOOOOOOO!!!!! The goals are flying in!!! Another excellent strike from Udinese, this time from our No.10 #GenoaUdinese 2-2

▪Udinese have won their last 3 matches vs. Genoa
▪The Zebrette have also kept clean sheets in those 3 games vs. Genoa
▪Udinese comes into this game having lost their last 4 games
▪Genoa lost just two of their last 11 home games vs. Udinese (W6 D3 L2)#GenoaUdinese #SerieA