Italian Serie A ’18-19 – Highlights: Sampdoria Fight Their Way Back Into The Top 10

This is the last match of of Serie A, Match Day 7 of 38. The highlights are appended below the points table. 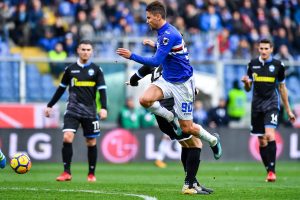 Football – Serie A: Ronaldo’s Juve Ready To Seal Title Before...