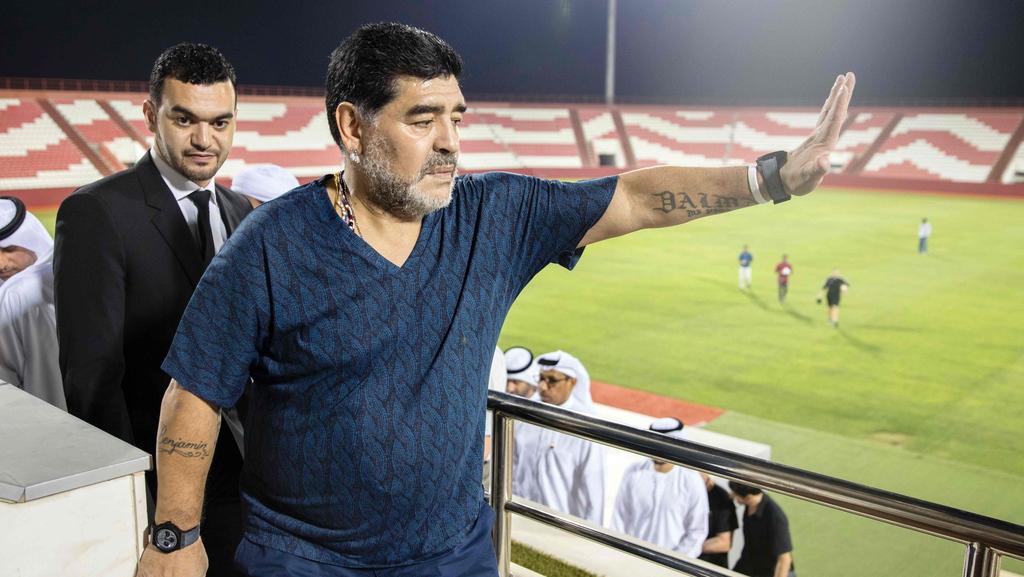 Diego Maradona is no longer the coach of Al-Fujairah after he failed to lead his team to the top flight of club football in the UAE. The decision to vacate the post of manager was made after the final game of the season. The club released a statement which said: “The Al Fujairah administration decides to dispense with the services of coach Diego Maradona and his entire coaching staff.”

Maradona’s lawyer, Matias Morla, seconded the news on Twitter. Morlas said: “After today’s match, and having failed to achieve the objective of promotion, Diego Maradona will no longer be the coach of the team.” The lawyer insisted the decision “had been a mutual agreement” with the club and that he wished Al Fujairah “the best”.

The situation might have been different had Maradona’s side came out on top against Khor Fakkan at home. However, the game ended as a 1-1 draw and meant that Al-Fujairah could not secure automatic promotion to the UAE Pro League. The season as a whole was unsatisfactory as well as, though the team remained unbeaten throughout the campaign, Maradona’s side drew 11 of their 22 matches. In the end, third place was all that could be achieved.

This is another disappointment for the Argentine football legend who has not enjoyed much joy as a manager in other club teams as well. His reigns at Al Wasl and Racing Club previously were unsuccessful as well and he managed win percentages of only 18.18% and 31.82% at both clubs respectively.

Maradona’s most successful stint as a coach was actually with his national team where he enjoyed a win percentage of 73.68%. Even that job didn’t have a happy ending as Maradona failed to win an international trophy despite having the talents of Lionel Messi at his disposal.

Diego Maradona Statistics (as a player)