LAHORE: The players drafting process for the 3rd edition of the Pakistan Super League (PSL) was completed at the National Cricket Academy (NCA).

The six franchises: Islamabad United, Karachi Kings, Lahore Qalandars, Multan
Sultans, Peshawar Zalmi and Quetta Gladiators selected their respective players which will be played in February 2018 at the United Arab Emirates (UAE), with the finals at Karachi and playoffs in Lahore.

The teams were required to pick one player each from platinum, diamond and gold category, two players each from silver category and two emerging players, in addition to the already retained nine players to make a 16-member squad. However, the teams also had an option to pick four more players in supplementary rounds.

More than 500 foreign and national cricketers were available for the final selection. The final drafting of the six team squads was as follows: 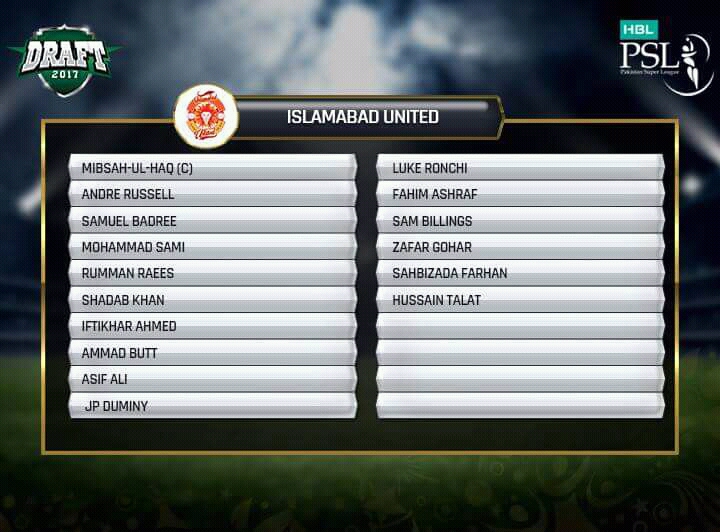 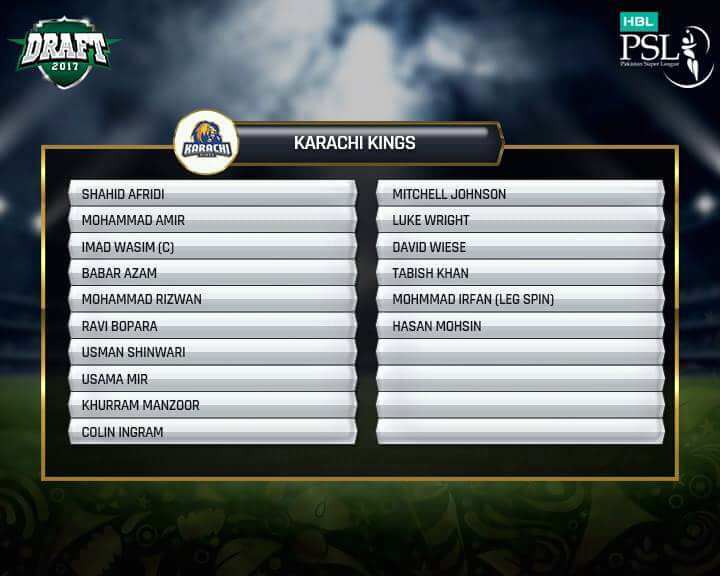 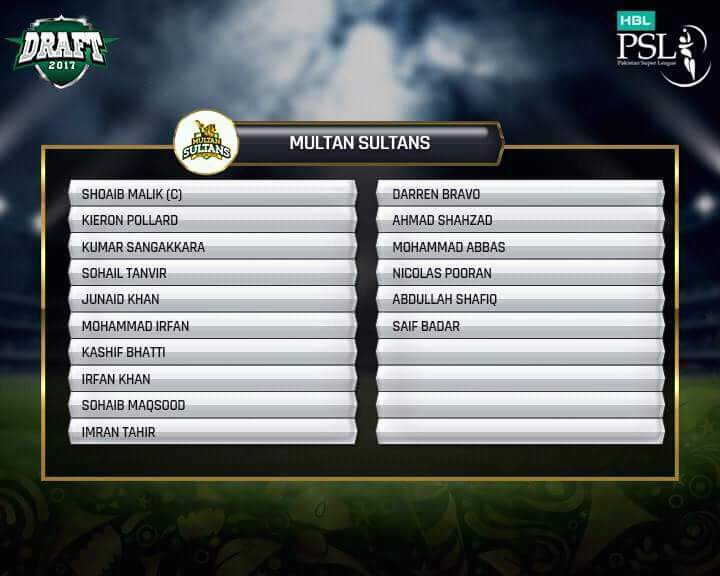 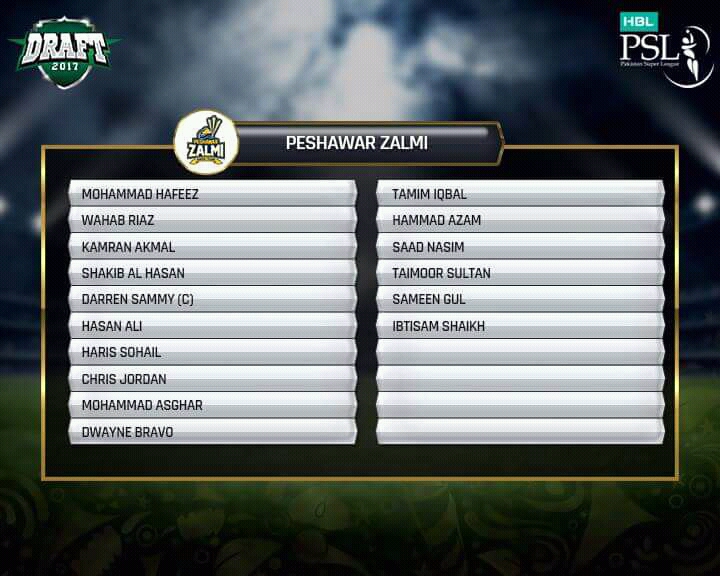 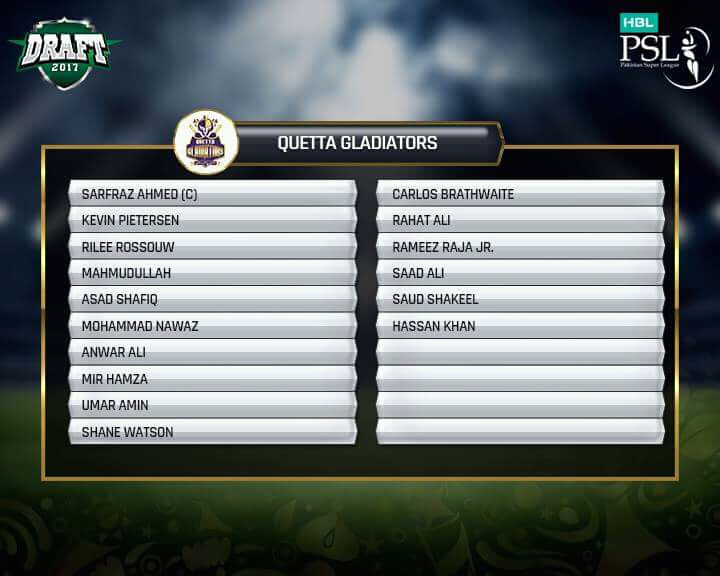 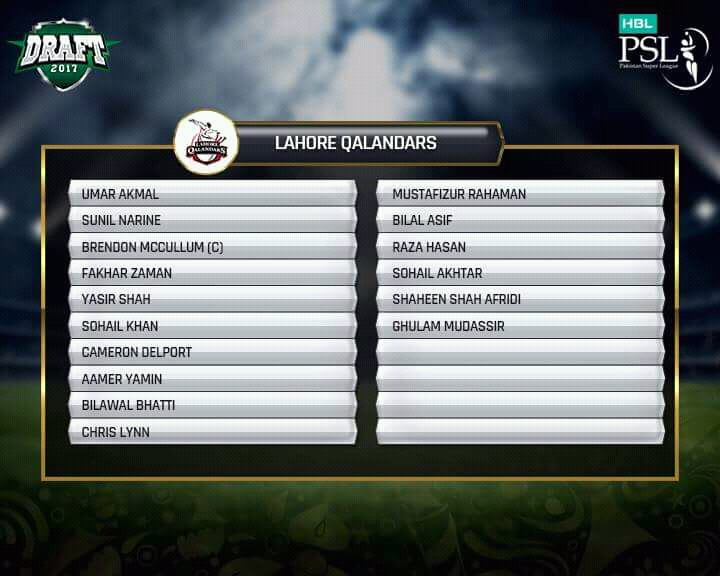