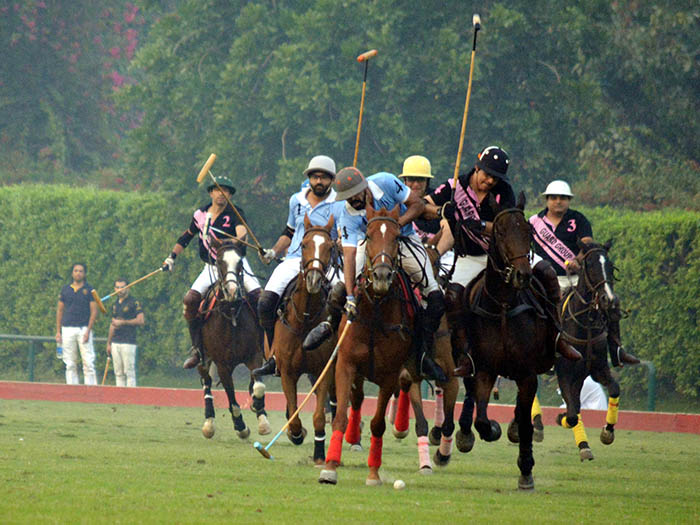 Lahore : Guard Group booked berth in the Polo in Pink 2017 main final against Sherwood which will take place today (Saturday) here at the Lahore Polo Club ground. Black Horse Paints will vie against Total Nutrition in the subsidiary final.

On the fourth day of the Shaukat Khanum Cancer Hospital-sponsored Polo in Pink event, as many as six matches were played and Guard Group and Black Horse Paints emerged as winners and qualified for the main final and subsidiary final respectively.