Rafael Nadal recovered from one of the most lopsided starts of his career to advance past the streaky Philipp Kohlschreiber 0-6, 6-2, 6-3 on Sunday at the Miami Open presented by Itau. 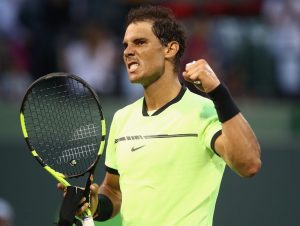 As mentioned in media “One thousand matches is a lot of matches. Obviously that’s good news because that says I am having a long career. During a lot of years, I heard that I’m going to have a short career, so it’s something important for me,” said Nadal. “I remember the first match very well because it was at home in Mallorca. It was my first victory on the ATP and was a great feeling.”