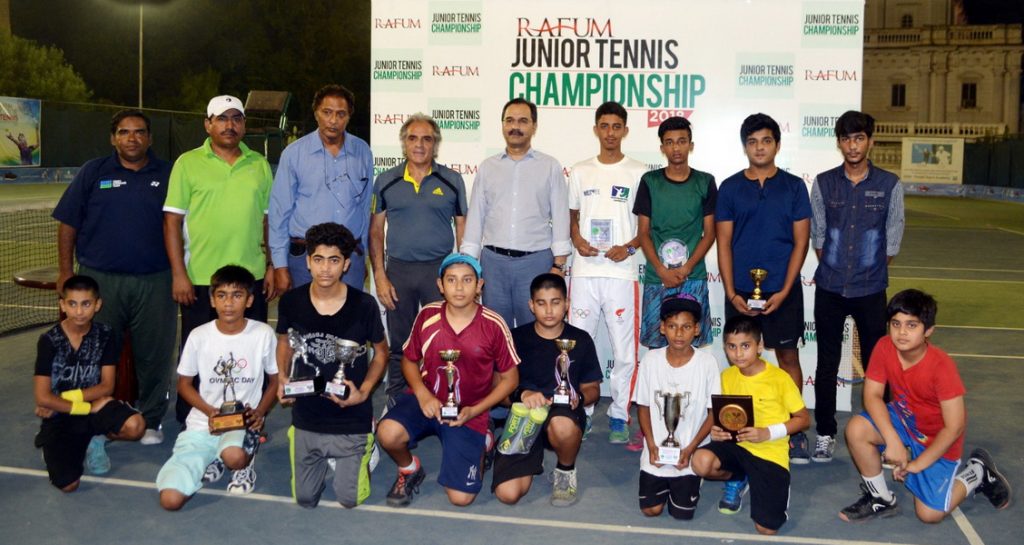 Rafum Junior Tennis Championship 2018 concluded at Punjab Lawn Tennis Courts Bagh-e-Jinnah on Saturday. This event is an effort on part of the Rafum Group  to professional supports sports such as talent and thereby give opportunity to young talented players to develop their talent ultimately for the international circuit.
The final results were: