A total of 32 teams are participating in the FIFA World Cup 2018 which will try to give their best on the field. The teams which are already favourite for the World Cup are Germany, Spain, France and Brazil.

However, some experts think that some teams can prove to be the underdogs which could cause major upsets in the World Cup 2018.

The expected 5 Underdog teams are: 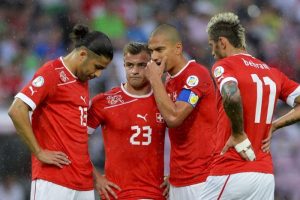 Switzerland qualified for the World Cup after they finished in the first six teams of the UEFA Group B World Cup qualification. Now they are placed in the Group E along with Serbia, Brazil and Costa Rica, definitely not one of the easiest group.

The Bosnian-Herzegovinian, Vladimir Petkovic, is the current manager of Switzerland, who became the manager just after the FIFA World Cup 2014. The Swiss army is led by their captain, Stephan Lichtsteiner, in the world cup.

Switzerland has got a winning percentage of 63.16% as they have won 24 games from a total of 38 games played. Moreover, their squad has just the right amount of anticipation and experience to win this World Cup. 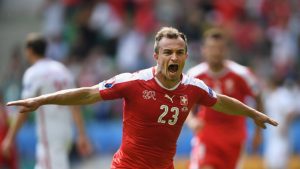 Despite the fact that, Xherdan Shaqiri plays for Stoke City in the Premier League, but his recent season was a decent one for him as he scored a total of eight goals and made seven assists.

Furthermore, the Swiss player also displayed a brilliant performance in the UEFA Euro 2016 as the Swiss team managed to reach the round of 16 but lost to Poland on penalties.

The main hope of Switzerland is on Shaqiri as they are thinking of progressing through the next rounds on the basis of his goals and assists. 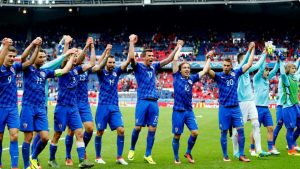 Croatia along with Iceland qualified for the FIFA World Cup 2018 after they finished on the top of the table. They are placed in the Group D which includes Argentina, Iceland and Nigeria.

Zlatko Dalic is the current manager of Croatia and has been managing them since 2017. Croatia has won four games out of five since the arrival of Zlatko.

Croatia has got some experienced players and some of Europe’s finest which includes Mario Mandzukic, Ivan Perisic, Kovacic, Luka Modric, Ivan Rakitic and Dejan Lovren. If these players can make a great connection with each other on the field, then surely they can bring home the trophy. 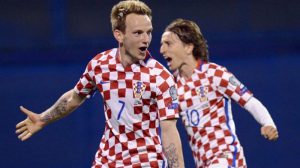 The Real Madrid player and also the World No.1 midfielder, Luka Modric, has got a very strong grip on the midfield. And, playing alongside the Barcelona star, Ivan Rakitic, they both can led their team to success.

Luka Modric won the UEFA Champions League this year while on the other hand, Ivan Rakitic won the La Liga title with Barcelona. 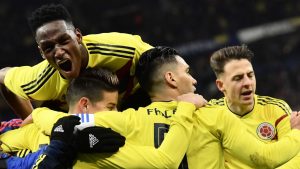 Colombia was a very successful team in the last World Cup as they made it to the quarterfinals but were knocked out by Brazil. Colombia are placed in the Group H of the FIFA World Cup 2018 along with Senegal, Japan and Poland – comparatively an easier group from the above two teams.

Jose Nestor Pekerman is the current head coach of Colombia and has been managing it since 2012.

Even though, Colombia hasn’t got a pretty balanced side but some big names like Radamel Falcao and James Rodriguez on the attack, can manage to win this World Cup. 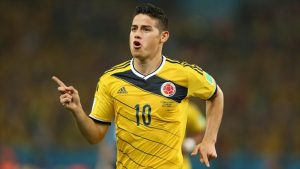 Although the AS Monaco striker, Radamel Falcao, is a star player but the eyes on this World Cup will be at James Rodriguez.

James is a former Real Madrid player and currently on loan to Bayern Munich where he has scored seven goals and eleven assists in only 23 appearances this season. The Colombians are hoping that he will surely score for them in Russia and bring the trophy home. 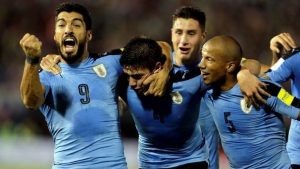 Uruguay are placed in the Group A along with Egypt, Russia and Saudi Arabia. They are the dark horses in the World Cup as they have got experienced attacking players.

Oscar Tabarez is the current manager of Uruguay and has been leading them since 2006. While, the Atletico Madrid defender, Diego Godin will guide them as a captain.

However, Uruguay can prove stronger as it includes Diego Godin and Jose Gimenez on the defense along with Luis Suarez and Edinson Cavani who will score goals on the attack. 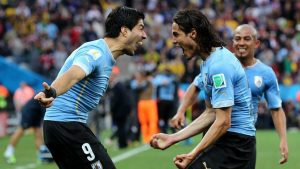 Luis Suarez has been a sensation to Barcelona since his arrival. He has scored and assisted many goals for his team. While on the other hand, Edinson Cavani, has scored 28 goals this season for Paris Saint-Germain.

Both the players are already Uruguay’s lethal weapon and can prove their worth on the attack by scoring goals and led their team to win this trophy. 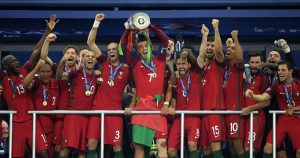 Portugal is also one of the dark horses in this World Cup. They are often observed as a weak team if their key player, Cristiano Ronaldo, is not playing.

Well, this time Fernando Santos, Portugal’s coach, has lined up a pretty good squad for the World Cup. Despite the fact that Portugal are the underdogs, there is enough experience and talent in this squad that which can bring the World Cup trophy to their home.

Fernando Santos has been leading Portugal since 2014. He managed to win the UEFA Euro 2016 with Portugal against France. Surely the Portugal’s attack which includes Cristiano Ronaldo, Ricardo Quaresma and Bernardo Silva is not a force to reckon with. 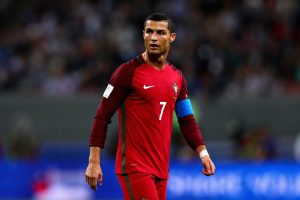 Despite a slow start to the 2017/18 season, Ronaldo has been scoring goals and maintaining his form since then. The Real Madrid striker led his team to glory in the UEFA Champions League held in Kiev and also became the top scorer in that tournament.

The Portugal fans are depending on Cristiano Ronaldo and they are hoping that he will play at his best in the World Cup and lead his team to victory.

What do you people think of these underdogs? Comment below.