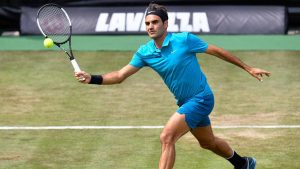 With today’s victory, the King of Grass @RogerFederer has also reclaimed the World No.1 ranking. pic.twitter.com/qLafpZPBm4

The King of Grass is back, alright! pic.twitter.com/iwBadzePVI