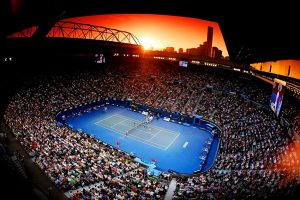 Angelique Kerber, who is the current WTA World No.2, believes that she is continuing her nice form, while advancing towards the Australian Open.

On the other hand, she is planning not to keep her expectations that high in the first major event of the year. Kerber has already won the US Open in 2016 and has stepped into the tournament, after winning the Wimbledon last year.

She is considered as one of the favourites and she is also aware of the challenges that are awaiting her in Melbourne Park, despite having won all four of her singles matches at the Hopman Cup. She also reached the quarterfinals of the Sydney International, where she was defeated by Petra Kvitova, the current WTA World No.5.

Kerber stated that she is playing extremely well right now and is in good shape. She is confident in herself and believes that playing a tournament is not easy as it starts from scratch and she is ambitiously waiting to put her effort into it. Moreover, Angelique is looking forward to give her best for each game.

Kerber accompanied by her new coach, Rainer Schuttler, the former ATP World No.5, and both of them have developed an effective understanding in a short period of time.

Polona Hercog is the first competitor she will be facing in her first round of the Australian Open, this Monday.