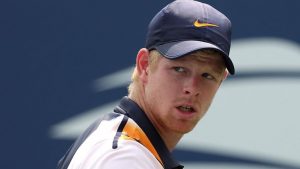 English number one Kyle Edmund passed up what might have been his second ATP Tour last by losing to Georgia’s Nikoloz Basilashvili at the China Open.

Edmund was playing his first main competition since his US Open first-round misfortune in August, having persevered through an extreme year in view of disease, including repeating episodes of tonsillitis.

Kyle Edmund knocked out of Beijing semis with 7-6 6-4 defeat by Nikoloz Basilashvili. Edmund, who will rise to a new career-high ranking of No 14 on Monday, has lost seven of his last eight matches against top-50 players.