Home Outside Cricket World Cricket Rankings – 24th August ’18: Virat Kohli Regains His Top...
Facebook
Twitter
Pinterest
WhatsApp
World Cricket Rankings – 24th August 2018
These Cricket rankings are issued by: International Cricket Council
As per Allsportspk readers request as and when any of the ranking is announced it is being published. Currently, from Men’s cricket rankings only Test players rankings have been updated. From Women’s cricket no rankings have been updated.

India are placed at the top of Men’s Test cricket rankings, and if they manage to win the ongoing series with England, this lead will increase even further. 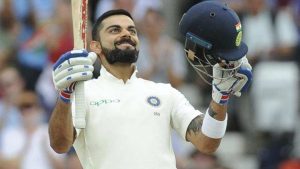 It took Virat Kohli only one more test to regain his top spot in the Men’s Test rankings. In the 3rd test against England, he scored 97 runs in the first innings followed by 103 runs in the 2nd innings as India won the test by 203 runs.

Virat Kohli is now the top ranked batsman in the world in ODIs and Tests after his Player of the Match performance at Trent Bridge. The rankings just underline his status as the best batsman in the world. Agree? #AakashVani pic.twitter.com/fJlPsfNCdd

Ajinkya Rahane and Shikhar Dhawan also performed well and increased their rank to the 19th and 22nd position respectively. Some of the other significant upgrade in this category were of Kane Williamson, David Warner and Aiden Markram who are now placed at 3rd. 4th and 10th position respectively. 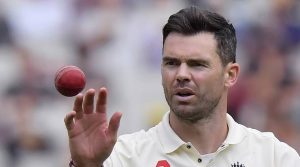 James Anderson was unimpressive in the 3rd test against India, but he still maintained his top spot in the Men’s Bowling cricket rankings. Meanwhile, Ravichandran Ashwin was also unable to make his mark in the 3rd test and downgraded to the 7th position.

England’s Chris Woakes and India’s Jasprit Bumrah’s crucial wickets in the 3rd test upgraded their rank to the 31st and 37th position respectively. Some of the significant upgrades were of Pat Cummins, Trent Boult and Kemar Roach who are now placed at 5th, 6th and 19th place respectively. 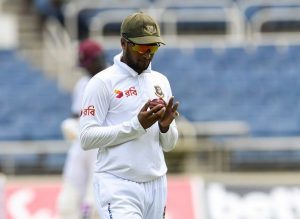 Shakib Al Hasan retained his top rank in the Men’s Test Allrounder cricket rankings. India’s Ravichandran Ashwin downgraded to the 4th position, owing to his unimpressive performances with the bat and ball.

Meanwhile, India’s Hardik Pandya who took a 5 wicket haul and also scored a fifty upgraded his rank to the 17th position. Some of the other significant changes were of Vernon Philander, James Anderson and Adil Rashid who are now placed at 3rd, 39th and 43rd place respectively.