Home Outside Cricket World Cricket Rankings – 4th September ’18: James Anderson Retains Top Position
Facebook
Twitter
Pinterest
WhatsApp
World Cricket Rankings – 4th September 2018
These Cricket rankings are issued by: International Cricket Council
As per Allsportspk readers request as and when any of the ranking is announced it is being published. Currently, from Men’s cricket rankings only Test players rankings have been updated. From Women’s cricket no rankings have been updated. 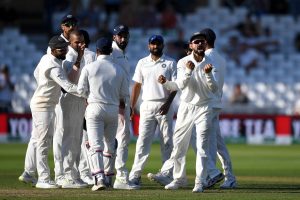 India have already lost the ongoing series with England and losing the last and fifth test will have a drastic affect of their No.1 test ranking. Meanwhile, England is expected to improve its spot and climb to 4th or 3rd position.

Despite India’s loss in the 4th test, Virat Kohli scored 46 and 58 in the 2nd innings to extend his lead as the World No.1 test batsman. Meanwhile, Jonny Bairstow’s dismal performance continued in this test and he dropped down to the 16th position.

Also, Alastair Cook who recently announced his retirement from International cricket dropped down to the 21st position. Some of the significant upgrades were of Ross Taylor, Azhar Ali and Rahane who are now placed at 11th, 14th and 18th place respectively. 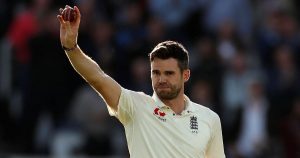 Despite getting only two wickets in the 4th test against India, James Anderson retained his top rank in the Men’s Bowling cricket rankings. Meanwhile, Ashwin whose line and lengths were extremely poor on a spin friendly pitch in Southampton, dropped down to the 8th position.

Meanwhile, Indian pacers Mohammad Shami and Ishant Sharma continued with their rise in their bowling performances and are now placed at 19th and 25th position respectively.  Also, England’s Moeen Ali who took 9 wickets in the 4th test against India jumped to the 33rd position.

Some of the significant upgrades were of Wahab Riaz, Devendra Bishoo and Kasun Rajitha who are now placed at 29th, 31st and 43rd place respectively.

Shakib al Hasan retained his top position in the Men’s All-rounder cricket rankings. Meanwhile, India’s Jadeja and Ashwin dropped down to 3rd and 4th position and Philander and Jason Holder upgrader to the 2nd and 4th spot respectively.

Moeen Ali was exceptional with the bat and ball and is now placed at the 7th position. Some of the other upgrades were of Sam Curran, James Anderson and Sikandar Raza who are now placed at 16th, 38th and 45th position respectively.