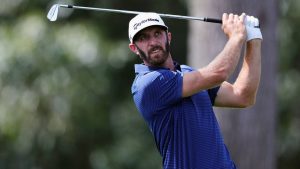 Dustin Johnson came 3rd in the Tour Championship and replaced Dustin Johnson for the top spot in World Golf Rankings. Meanwhile, Tiger Woods, who won his 80th PGA Tour championship jumped from the 21st to the 13th spot.

"It's been unbelievable, to get to this level again, I didn't know if that would happen again and lo and behold, here we are."

Tiger Woods won a PGA tournament for the first time in five years following a long and painful recovery from a back injury. https://t.co/0c8i9Bk06x pic.twitter.com/QoDEZUwq96

Also, Webb Simpson upgraded his rank from the 17th to the 16th position. Meanwhile, some of the other upgrades were of Francesco Molinari, Bryson DeChambeau and Patrick Cantlay, who are now placed at 5th, 7th and 22nd place respectively.