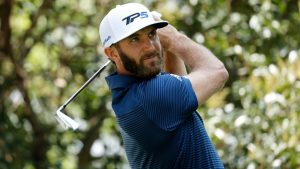 Dustin Johnson retained his top rank with Brooks Koepka and Justin Thomas placed at the 2nd and 3rd place respectively. Meanwhile, the winner of Dell Technologies Championship, Bryson De Chambeau found his way to the top 10 and is now placed at the 7th position.

Congrats to @BrysonDeChambeau, as he wins his 2nd straight event of the #FedExCup Playoffs, the @DellTechChamp,to wrap up the #1 seed throughout the playoffs. Great Playing Bryson! #BrysonDeChambeau #DellTechnologiesChampionship #PGA #Golf #PGATour #TheseGuysAreGood#LiveUnderPar pic.twitter.com/DmWJfh4lf8

Jordan Spieth also broke into the top 10 and is now placed at the 10th position. Other significant upgrades were of Bubba Watson, Tony Finau and Hideki Matsuyama who are now placed at 13th, 17th and 18th place respectively.