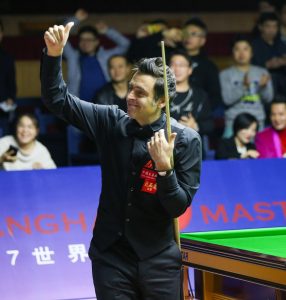 Mark Selby retained his top position with Mark Williams placed at the 2nd place. Meanwhile, Ronnie O’Sullivan also retained his 3rd position as he won the 2018 Shanghai Masters. Shaun murphy experienced a downgrade his rank and is now placed on the 9th position.

? A master at his work https://t.co/mVLKTS4jeJ