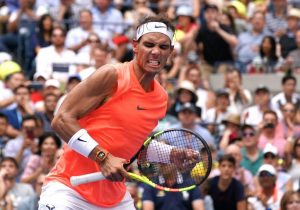 Novak Djokovic captured a record fourth Rolex Shanghai Masters title on Sunday to step up his bid to finish 2018 as the year-end No. 1 in the ATP World Tour Rankings.

Some of the other upgrades were of Kei Nishikori, Borna Coric and Marco Cecchinato who are now placed at 11th, 13th and 19th place respectively.