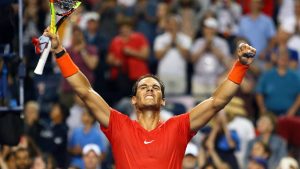 Rafael Nadal did not take part in the recent Cincinnati Masters, however he is still placed at the top of the table with a considerable lead. Meanwhile, the Serbian tiger, Novak Djokovic defeated Roger Federer in the Cincinnati finals to jump from 10th to 6th position.

Grigor Dimitrov disappointing performances downgraded his rank from the 5th to 8th position. Some of the other significant upgrades were of David Goffin, Pablo Carreno and Jack Sock who are now placed at 10th, 12th and 18th position respectively.