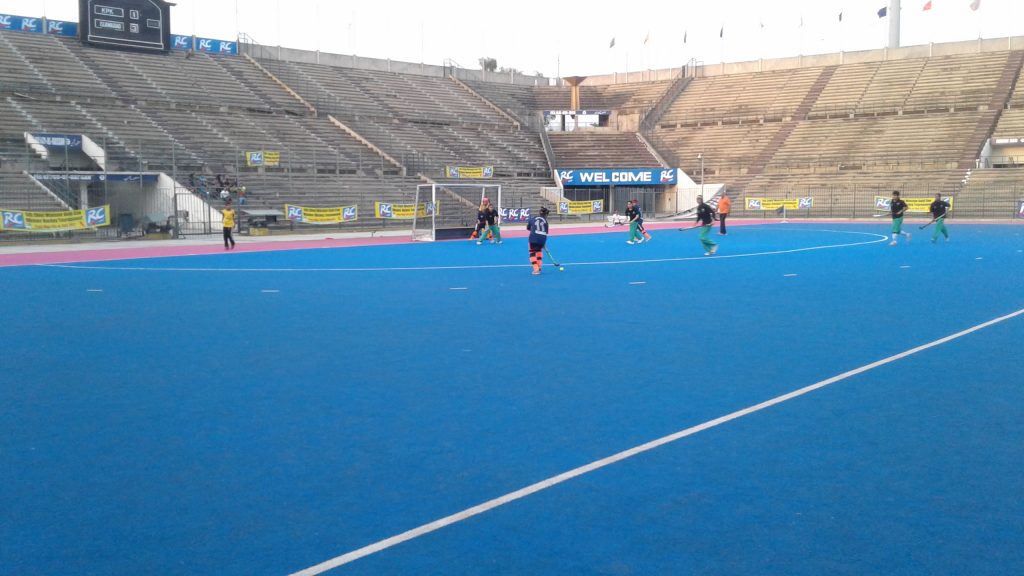 Punjab Whites defeated United Women Hockey Academy 2 – 0: The match lived up to the billing. There were well coordinated moves from both the sides; up and down game was witnessed. The first half saw no goals despite a number of circle penetrations. UWHA failed to avail two penalty corners. But Punjab Whites converted their first and only PC. In the 36th minute, Pakistan’s ace PC expert Ishrat Abbas’s forceful hit sounded the board.
The UWHA’s more experienced girls applied a lot of pressure and orchestrated several attacks. They had chances and also earned two more penalty corners but the Punjab Whites deep defence stood well; custodian Syeda Sadia was in great form. Punjab players who were good on turn overs, made it 2-0 with just one minute to go. Some good passing saw Areeba Sarwar flick in from a close range.
Sindh defeated Balochistan 2-0: It was the match between two sides yet to earn a single point.Sindh began well and they were ahead by two goals within 14 minutes. Kiran and Maria Hassan scored in open play. There was no change in the scoreline at the end of 60 minutes.
Islamabad defeated KPK 4-1: In the last match of the evening, Islamabad had an easy win over KPK to move to the fourth place. Mahjabeen 2, Saira Cheema and Muneeba scored for the winners. KPK’s lone goal was netted by Haseena.
POINTS TABLES AFTER MONDAY’S MATCHES