Ten years ago, on a mild April evening in Bangalore, I sat on the press bleachers at the Chinnaswamy Stadium, watching a fireworks display of Olympic proportions. It was the opening ceremony of the inaugural Indian Premier League (IPL).Nothing would ever be the same again.

The first IPL was sold as a “marriage between cricket and entertainment”. Over the years, it married a lot of different things: an NBA-style draft with a Christie’s auction, a cricket administrator with an Interpol notice, slogged sixes with batting skill, and huckstering with commentary.The IPL now invades our lives with theme music that guarantees Pavlovian cheers. It is proof that hard-selling marketers and dubious analysts have converted us from a people who cherished sport to a generation who only consume it.Though I was right in the thick of it when it all started, I can’t bear to watch the IPL — I love cricket too much.This is not a philosophical argument about the Old and the New; my aversion stems neither from nostalgia nor resistance to change. To those who celebrate the IPL as the dawn of a new age, here’s a newsflash: This made-for-TV Twenty20 league does not mean you’re open-mindedly embracing modernity, it means you’re celebrating mediocrity.Here’s what the IPL really is: a side dish masquerading as the main course; and, since the promoters of the IPL love to compare it with the NBA and the EPL, an all-star weekend pretending to be the playoffs, a five-a-side kick around trotted out as a title clash. 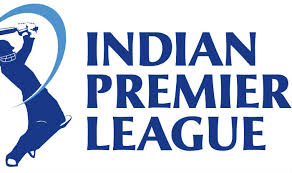 No one goes regularly to the Staples Centre in Los Angeles for the cheerleaders, or takes the train from central London to Wimbledon because Cliff Richard might sing a few oldies if it’s raining. These may be welcome bonuses, but the reason one makes these trips is a chance to witness the pinnacle of sport. That’s why the fan-following for these tournaments has grown organically over the decades. That’s why these events attract the world’s best talent, not for the lure of money but the pursuit of excellence. There have been minor changes over the years to meet the entertainment demands of a broadcast world, but, unlike the IPL, they’ve not been retro-fitted for the sole purpose of mass entertainment.

The true joy of cricket is far removed from what the IPL venerates. This is a sport about dexterity and endurance, about character. In a single innings, it lets you get up after taking a blow to the head, and score a century while surrounded by four slips, a gully, a point, and a short-leg. It asks you to tease a weakness through probing spells of accurate bowling. It urges you to choose the long road over the shortcut, the book over the movie. It teaches you that slowness is not a flaw, and steadfastness can win the race.

There is, of course, no harm in some light amusement. But the IPL, its promoters and its pundits, encourage us to believe that it is, in fact, the feature presentation. Gideon Haigh summed it up perfectly when he wrote, “(They suggest that) the rest of cricket simply does not exist; or began when (Lalit) Modi whipped it into shape from the drawn-out and economically inefficient activity it had been for a century and more.”

Instead of educating a new generation about the nuances of cricket, we’ve dumbed it down for the idle channel-surfer. Which would be fine if the performances were put it context: shorter boundaries, fielding restrictions that weigh heavily towards batsmen, dead pitches, additional power plays. Instead, this carnival of boundaries is accompanied by deep discussions on TV about strategy with 20 runs to get in the last over – a time when the only available strategy is to take the left leg out of the way and have a slog.

The impact of the IPL on a new generation of cricketers is as damaging as it is on cricket watchers. We are in the middle of a general lowering of standards because the IPL is so lucrative as compared with other forms, and demands so much less effort, that it invariably serves as the centrepiece of the cricketing calendar. More money for a four-over spell than for 90 overs in the sun, or for a 25-ball 40 than for a gruelling three-session century: why wouldn’t a majority of players want that? Is it a surprise then that the Ranji Trophy, the real second tier tournament, is rudely ignored?

So answer this: Is a flurry of sixes really more exciting than a pitched battle between bat and all? Watch it if you must, but spare me another IPL season.