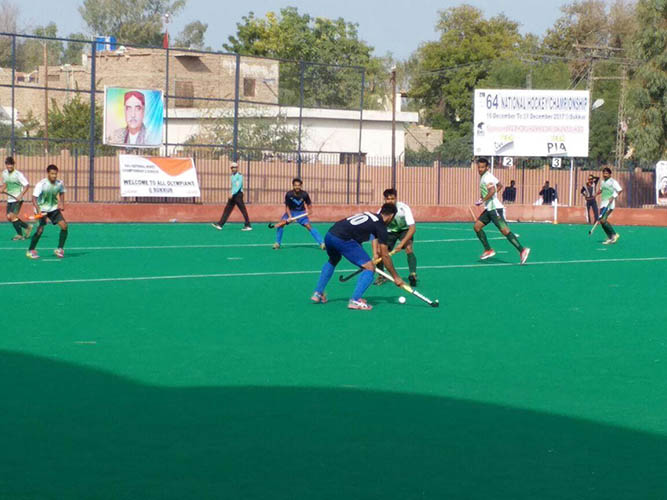 PIA vs Customs
The youthful Customs side gave the defending champions PIA areal scare before going down 3-4 in an exciting encounter at the 64th National Hockey Championships in Sukkur.

ZTBL vs Railways
Another exciting match was witnessed between ZTBL and Railways. The newly raised ZTBL, who are making their debut at the nationals, also went past the rail-men by a scoreline of 4-3. 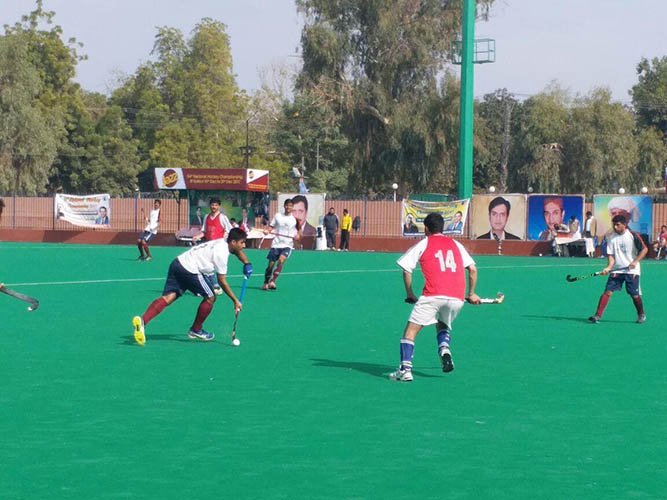 NBP vs PQA
Unlike PIA, last year’s runners up National Bank had a big win against Port Qasim Authority. The bankers defeated the hapless PQA 9-0 Dilber, M.Attique and Arslan Qadir had a brace each while Hafiz, Abubakar & Attique Arshad shared the other goals.

WAPDA vs HEC
WAPDA, another contender for the title, also had an easy sailing against Higher Education Commission, winning 8-0.

Punjab vs Gilgit-Baltistan
Punjab, a strong provincial outfit, riding on a hat trick by Ahmad Farhan and a brace by Ahmer Ali, defeated Gilgit-Baltistan 7-0. Muzammil Hussan and Jahangir Ali scored a goal each.