Asia Cup 2018: 4 Batsmen Who Can Be Highest Run-Scorers 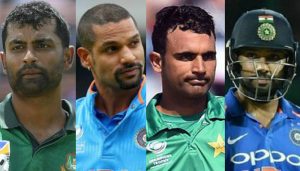 The Asia Cup 2018 will start one week from now and it is foreseen to be a decent competition. The last Asia Cup was held in T20 style, yet this one will be a One-Day competition.

In this competition, a total of six Asian teams will participate, namely Pakistan, India, Afghanistan, Hong Kong Bangladesh and Sri Lanka. Hong Kong met all requirements for the competition subsequent to winning the Asia Cup Qualifier. In the interim, the host group UAE would not partake in the Asia Cup.

India are the defending champions, as they won the last edition of the competition which was held in Bangladesh. Asia Cup 2018 will be held in UAE this year, and it will be the 14th time, that this cup is happening.

Although, India are the defending champions of the Asia Cup, it is Pakistan who are the clear favourites to win this competition, as Asia Cup is being played in the UAE.

In any case, teams like India, Bangladesh and Sri Lanka cannot be discounted. Pakistan are the superior team of the competition, and they will hope to win their 3rd Asia Cup this year. Meanwhile, India has won this tournament 6 times, while Sri Lanka has secured the title a total of 5 times.

Bangladesh has never won the Asia Cup, and they will be hoping to write history this time around.

The reason as to why the batsmen will dominate in the Asia Cup 2018, is because on UAE pitches batting is comparatively easier, and the batsmen are relied upon to command the Asia Cup. Also, some teams of the Asia Cup, have such destructive and consistent batsmen who can be the main run-scorers of the competition.

In this article, Allsportspk presents 4 batsmen, who are likely to become the highest run-scorers in the Asia Cup 2018. 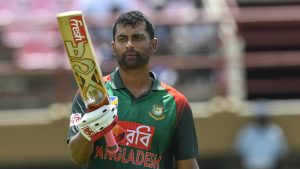 The Bangladeshi opener is in truly outstanding form, and he is also the main anchor of the Bangladeshi batting line-up. Over the recent 3 years, the left-handed batsman has scored a lot of runs and has transformed into a fantastic ODI player.

Moreover, Tamim is Bangladesh’s driving run scorer in each format of the game. So far, Tamim has had a long experience in the ODI format as he has 181 ODI caps to his name for Bangladesh.

Furthermore, Tamim’s present form is blazing, as he has scored 2180 ODI runs at an average of 62, since the conclusion of ODI World Cup 2015.

Likewise, he has 11 centuries and 43 fifties in the ODI format, which is why he is a contender to be the lead run-scorer of the competition. Tamim will be hungry to make a big appearance this time around, owing to him missing the 2016 Asia Cup.

For the #3 batsman, who is likely to become the highest run-scorer in the Asia Cup 2018, move on to the next page!