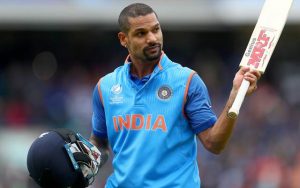 Shikhar Dhawan is an unprecedented batsman in the restricted overs cricket, and he also has a habit to score at big competitions.The left-hand batsman will have a huge duty on his shoulders without India’s star batsman Virat Kohli. Dhawan was additionally named India’s vice captain in the Asia Cup, and he needs to do well to help India defend the title effectively.

The 32-year old left-hander has scored 4361 ODI runs in 102 matches at an average of 45.90. And, this is why Dhawan is certainly a good contender to be the best run-scorer of the Asia Cup.

For the #2 batsman, who is likely to become the highest run-scorer in the Asia Cup 2018, move on to the next page!