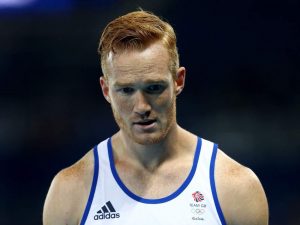 Incredible Britain’s athlete Greg Rutherford will participate for the last time in his career, before his retirement at the Great North City Games in Newcastle.

At London 2012 Olympics, Rutherford took the long jump title on ‘Super Saturday’. This was when he, Jessica Ennis-Hill and Mo Farah won gold medals in the space of 46 minutes. This was also the 1st time that 3 gold medals had been won by British competitors in one Olympic games session.

So this is it.. the final time I will compete in a competitive long jump competition. I’ve had an amazing time these past 13 years. If you’re in the area come down and have some fun. @Great_Run #Newcastle pic.twitter.com/500usmRvKr

Rutherford contended at the London Anniversary Games in July, where he bowed out with 7.55m after two no-jumps.

Moreover, the athlete is one of just 5 British competitors, who have won Olympic, world, Commonwealth and European gold medals – the others being Linford Christie, Sally Gunnell, Jonathan Edwards and Daley Thompson.

#dhpconf you left too soon Mo Farah and Greg Rutherford are here. I am sure they could have done a meet the health psychologist session

Rutherford proposed in June that he would change to track cycling after his retirement from athletics, and says that is “absolutely still in the pipeline”.

It was nice to meet Brendan Foster and Greg Rutherford this evening and share with them the ethos of The Mindful Runner. Felt like the odd one out with a gold medalist either side of me ? Their message was simple ‘Keep up the good work’ pic.twitter.com/mYPIS4ghom