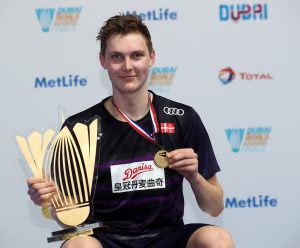 Viktor Axelsen tops the Men’s Badminton ranks followed by Son Wan Ho and Shi Yuqi who are placed at 2nd and 3rd respectively. Meanwhile, India’s Kidambi Srikanth made his way back into the top 5 by replacing China’s Chen Long who is now placed at the 7th position.

For Women’s Singles Badminton Rankings move on to the next page!