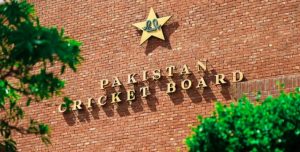 World-over It is a standard practice that all cricketing boards announce and send 15 players for matches against the visiting teams and overseas tours.

Although, UAE is hardly three hours flight distance from Lahore, yet, recently, selection committee of the PCB announced 16 players squad, for the Asia Cup matches in the UAE.

Now, again today the selection committee of the PCB has announced record high number of 17 players squad, for just TWO Test matches to be played against Australian team in the UAE, which has virtually turned PCB into an organisation of joyriders of hoards of players, support staff and PCB employees.

In this regard, necessary orders may be issued to workout the amount of expenditure incurred on the entire expenses of the travel, stay and all other allied expenses of the PCB, in connection with the Asia Cup held in the UAE, to compare with the total expenses of other competing boards in the tournament.

Moreover, dropping of Junaid Khan and Shaheen Shah Afridi after their outstanding bowling performances in the Asia Cup and inclusion of biggest failure of the Asia Cup, Fakhar Zaman and also non inclusion of highly talented Test players Sami Aslam and Fawad Alam; are highly disappointing decisions of the history’s highest paid selection committee, which needs urgent and immediate intervention and corrective action by the new chairman of the PCB Mr. Ehsan Mani; which is imperative, because previously Mr. Najam Sethi was always hesitant to interfere in selection blunders of the selection committee and the head coach, due to his own non-cricketing back ground.

Squad for ONLY two Test Matches:

Mr. Syed Nayyar Uddin Ahmad is a Lahore, Pakistan based free lance writer who covers cricket and current affairs. He also appears on TV and Radio as an analyst on varied national and international topics particularly cricket.

The opinions and views expressed by the author or the readers may not reflect the views and editorial policies of the Allsportspk. Thus, the content published is not the responsibility of Allsportspk.