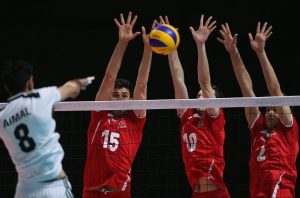 Pakistan has won the initial stage matches of volleyball, handball and kabaddi in the Asian Games 2018 being held in the Indonesian capital, Jakarta.

The green shirts beat Indonesia 28-23 in the handball rivalry. Muzamal Hussain Muzamal was the best scorer for Pakistan as he scored a total of 8 times, while Hazrat Hussain Hasrat got six goals.

After seeing our Kabaddi performance at #AsianGames2018 , I am sad to say that the world has figured Kabaddi, and India has been found wanting. Korea beat us yesterday. Thailand gave a tough fight today. And we still have to play tougher teams like Iran, Pakistan & Bangladesh.

Pakistan vanquished Mongolia in their volleyball installation in straight matches of 25-16, 25-19 and 25-14. From Pakistan, Fahad Raza scored 3 aces in the match, while Murad Jehan scored ten spikes.