Rugby: Chris Ashton On The Verge Of Being Banned? 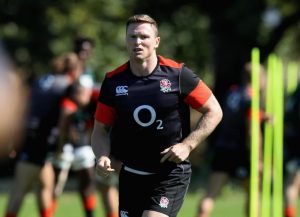 England and Sale winger Chris Ashton is facing a ban after punching Castres’ Rory Kockott in a pre-season friendly. Ashton, 31, was sent off along with Kockott by referee Romain Poite after the incident early in the second half of Sale’s 20-17 win on Friday.

@RugbyPodcast Chris Ashton. Undersized, gobby, gets in fights, can’t tackle. Is it just that he’s actually a scrum half who’s missed his calling?

The referee is set to deliver his report to the RFU on Monday. Ashton could miss the first three games of the new Premiership campaign, as suspensions for punches to the head usually start at four weeks.

Sports headlines feature Chris Ashton and Danny Cipriani being punished for general wazzocking behaviour. What year is this?

The red card came in only his second game for the Sharks, having joined from Toulon in the summer. Sale begin their league season on 1 September against Harlequins at the Twickenham Stoop, followed by fixtures against Worcester and Exeter.

@englandrugby any news on when Chris Ashton, England winger, sent off for throwing a punch in a pre season friendly will face a disciplinary panel for bringing the game into disrupute like Gloucester’s Danny Cipriani?
Or does the process revolve around media headlines generated?

Ashton was named in England’s training squad earlier this month after a four year absence from international rugby. In 2016 he was banned for 13 weeks after being found guilty of biting Northampton prop Alex Waller.

Quick one… In space of a week Danny Cipriani gets arrested and Chris Ashton punches someone. Imagine, just *imagine* the furore had a footballer done that. Also post Ben Stokes it’s baffling not more fuss being made of it (not saying it should but for the sake of consistency..)