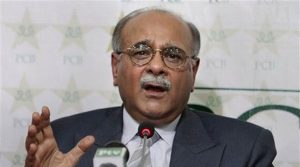 Najam Sethi has resigned from his position as Pakistan Cricket Board’s Chairman. He was appointed as PCB’s chairman on 10th August 2017 and ended his tenure today, on 20th August 2018.

According to reports, the primary reason behind Sethi’s resignation relates to the political tensions between him and the former cricketer and newly elected Prime Minister of Pakistan, Imran Khan.

I was waiting for the new Prime Minister to take oath before submitting my resignation as PCB Chairman, which I have done today. I wish PCB all the best and hope our cricket team goes from strength to strength. Eid Mubarak. Pakistan Zindabad. pic.twitter.com/uiIVoiRAtq

.@najamsethi has performed remarkably as PCB/PSL Chairman. PM @ImranKhanPTI will win love of cricket fans if he worked with him to further uplift PCB/PSL. Personally acknowledged his 24/7 efforts for the revival of cricket and bringing back cricket into our home grounds.

Najam Sethi resigns as Chairman PCB. A sad state of affairs in Pakistan when personal enmity washes up all your positive work and struggle. @najamsethi ‘s services must be remembered as the pioneer of @OfficialPSL and boosting the dead Cricket in Pakistan. pic.twitter.com/ehkOYKa0N1

“Najam Sethi” Sir, you have taken a bold step at the right moment. There is a culture growing on here to bash everyone who doesn’t support the one’s point of view but I would appreciate all your efforts which you carried out to bring cricket and PSL back to the country. Be happy.